After a rough winter like we’ve seen this year, there are plenty of huge potholes cropping up on streets across the country . . . and as we all know, it can sometimes take city workers a while to patch those craters that can wreak havoc on your car.  We’ve written before on our blog about what causes potholes . . . but how should you deal with them while you’re waiting for the city to fix them?

Well, photographers Davide Luciano and Claudia Ficca put together a hilarious series of staged pictures of people in several big cities using potholes for some funny and imaginative purposes.  They went to Toronto, Montreal, New York and Los Angeles to take pictures of residents utilizing the potholes for unusual things such as eating spaghetti, giving their dogs a bath, and chilling champagne. 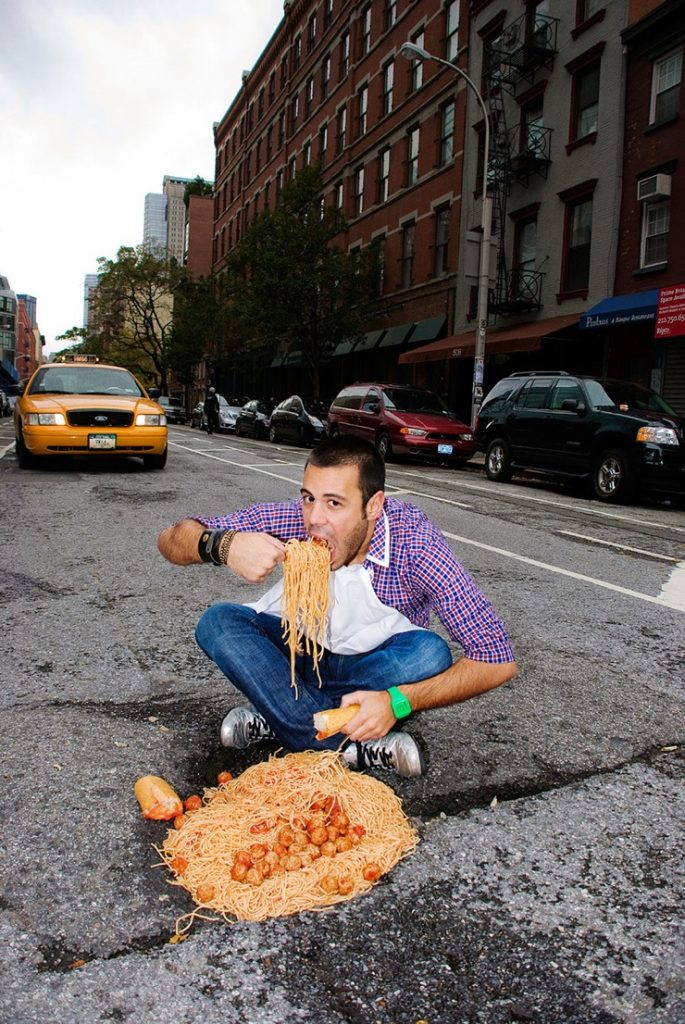 Here at Unique Paving Materials, we’re proud to produce pothole repair products that help municipalities and homeowners patch asphalt holes quickly . . . but we were pretty impressed by these unique pothole photos.  So, what do you think . . . are the potholes on your city streets suitable for eating spaghetti out of?  Or can you think of even better ways to make use of the holes in your streets before they are patched up?