What Are Your State’s Roads Costing You?

Whether it’s replacing blown tires or readjusting vehicle alignment, the cost of just maintaining a healthy operating vehicle can be exhausting. But what you may have not realized is that the condition of the roads you are driving on could be adding to that cost. In fact, according to The Washington Post, the average urban driver spends $515 a year on car repairs as a direct result of poor road maintenance.

Which state’s roads are costing you the most?

Check to see the average annual repair costs drivers are spending in your state! 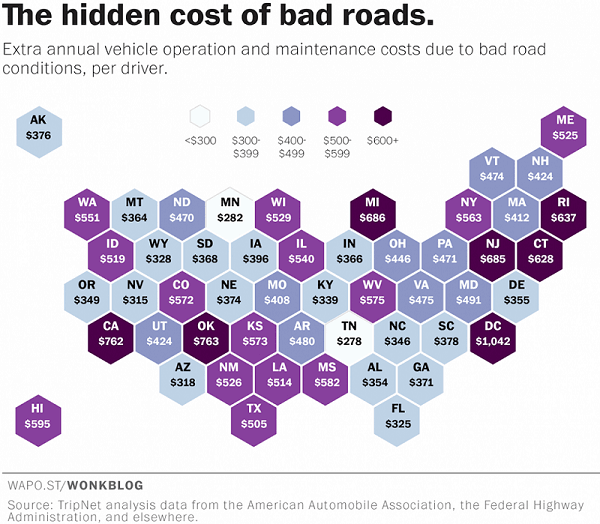